Before we traveled, I read up about places to visit in Ethiopia. One was the Merkato, a giant market. Sounded like it was right up my alley, so when we were asked where we’d like to go, I did not hesitate to ask!

Some of the Merkato was under a single roof. There were narrow places to walk, and on every side was a stall packed with things to sell. Scarves, jewelry, wooden animals, traditional clothes, baskets, etc. I was really nervous to haggle (something I’d never done before) so I decided to leave that to Paul. But when the time came, I just jumped right in. They mark everything way up and expect people to ask lower; and keeping that in mind, it became a game to me.

There were 2 men in particular during our trip that were fun. With one guy, we asked how much for 2 bowls. He told us and even laughed! He knew it was crazy high. It was easy to have fun with these people when they’re in it to have fun and to sell stuff.  Another guy said, “You’re American? I love Americans! I give you good deal.” I laughed and said, “I love Ethiopia, so you better give me a good deal!”

In the end, both the seller and me, the buyer, ended up happy. They sell it higher than they would to a local, and we buy it way cheaper than we would in the States.

We bought 2 scarves…one for each girl. Gab’s is a wear-every-day kind and Mili’s is a very traditionally Ethiopian scarf. Many women wear scarves over their heads (not just the Muslims); usually they’re thin and white with some design just on the ends. On the end of Mili’s, it’s the Ethiopian colors in stripes (much like their flag).

We bought some beaded bracelets (again with the colors as beads) a couple painted clay bowls, and pictures made of dried and painted banana leaves.We also bought some coffee for Paul’s family. We bought the 3 kids at home wooden animals.

But by far, my 2 favorite things that we bought were incense and berbere.

Ethiopia’s coffee is famous. It’s their biggest export. They have coffee ceremonies, which consist of roasting the coffee beans over charcoal, grinding it with a big stick, then serving it (so I’m told) very strong, like espresso. (Not being a coffee drinker, I’ll take others’ word for all this 🙂  )

During the ceremony, they burn incense, so between the coffee, incense and charcoal, there’s a smell that can’t be forgotten. Also, in churches, they burn the incense, so the smell is common. And since we associate smell with memories, I knew I wanted to bring that smell home. I bought tons of the stuff.

Berbere is a spice (rather a combination of spices) that is used in lots of traditional foods. The food is amazing. It’s quite hot and smells amazing. I bought 2 kg of the stuff. 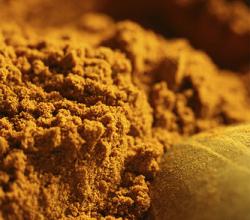 So I have a smell and taste of Ethiopia  at home 🙂